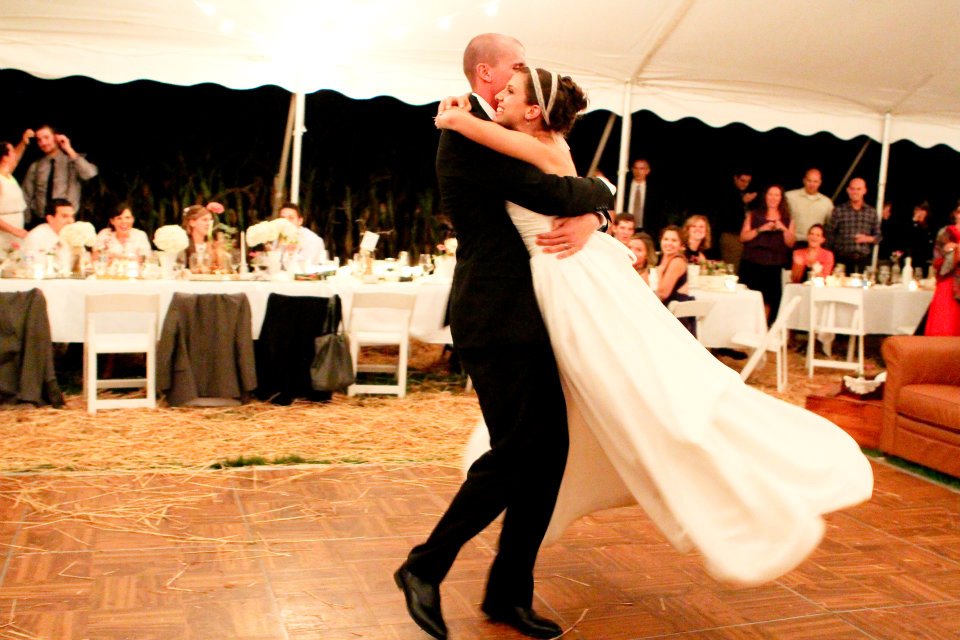 I feel pretty uncomfortable when people talk about marriage being difficult, especially when they go on and on about how the first few years are so hard. See, I’ve had a pretty easy go of it. I don’t know that my husband would say the same thing, because before me his life was pretty drama-free. But for me? He just mellows me out. He has brought out the best in me from the moment I met him. I feel calmer, more peaceful, more at ease.

One reason might be because I can’t hear anything he says.

I joke. We really just get along. He’s so easy to live with and life is so much better with him and I’ve always been baffled that people say this is hard.

Until lately. Our first two and a half years really flew by without much grief. We started new jobs, we moved three times and we even bought a house. Decision-making was a breeze. And yet…

Lately? I launched a business. I left the country for a while. I made the agonizing decision to leave a job that I love (to continue said business). My laid-back, introverted husband was forced to interact with some angry people on a daily basis at his job. Our volunteer commitments haven’t subsided, in fact, I think they may have increased. We decided to remodel the house. He left the country. Twice. Then I went home for a while. Before this week, we hadn’t spent significant time with each other in four months, unless you count the day he drove me to mouth surgery.

We fought, fought, fought. Things got so bad that at one point, I tested him by leaving dead moths on the floor for days just to see if he would clean them up. He didn’t. (In the spirit of fairness, I should tell you that I’m annoying too. For months, 90% of the available surfaces throughout the house were covered with my business stuff. Actually, let’s be honest. They still are.)

I know, I know, #firstworldproblems. But #realtalk?

I know why people say this is hard. Because it is! It’s super hard when you’re tired and stressed and overworked to come home and do the dishes for the third night in a row because your spouse is busy. It doesn’t feel fair that on top of doing hard things in life, the flowers still need to be watered. And it certainly isn’t easy to bear the burdens of your spouse when your own feel too heavy.

But today marks three years of being married. In the past week, I have spent quality time with him almost every single day. We’ve said no to countless offers to hang out with friends, prioritizing our time together. We’ve hiked together, played soccer, gone on a run and a bike ride, we started carpooling together…and we’ve talked. We’ve actually had real conversations instead of, “What are you doing tonight? Do you need anything? No? Good…see you at the end of the week.”

It feels so good to have our life back. I’m all, “IT’S SO NICE TO BE MARRIED AGAIN.”

I wish I could say that this season of craziness has come to an end, that we prayed about it and everything is so much better and now there are noooooo problems. But that’s just not true. We don’t have this figured out. This is hard.

But we have learned that marriage isn’t an independent endeavor. Even through busy seasons, it’s so important to make time for one another. Just this past week of time together has showed me, again, how life is so much better with this guy around. Without him I feel a little lost and more than a little grumpy. I don’t want to do this hard stuff with anyone else.

And next time you want to come talk to me about hard marriage stuff, I won’t look at you blankly. I’ll tell you about dead moths.